A SPIRITUAL BLISS  “To other countries, I may be the tourist; but in India, I am a pilgrim” – It has been rightly said when it comes to travel in India; specially a pilgrimage tour. India is a place of sacred places. In every few kilometres, India has a shrine of any religion, which […] 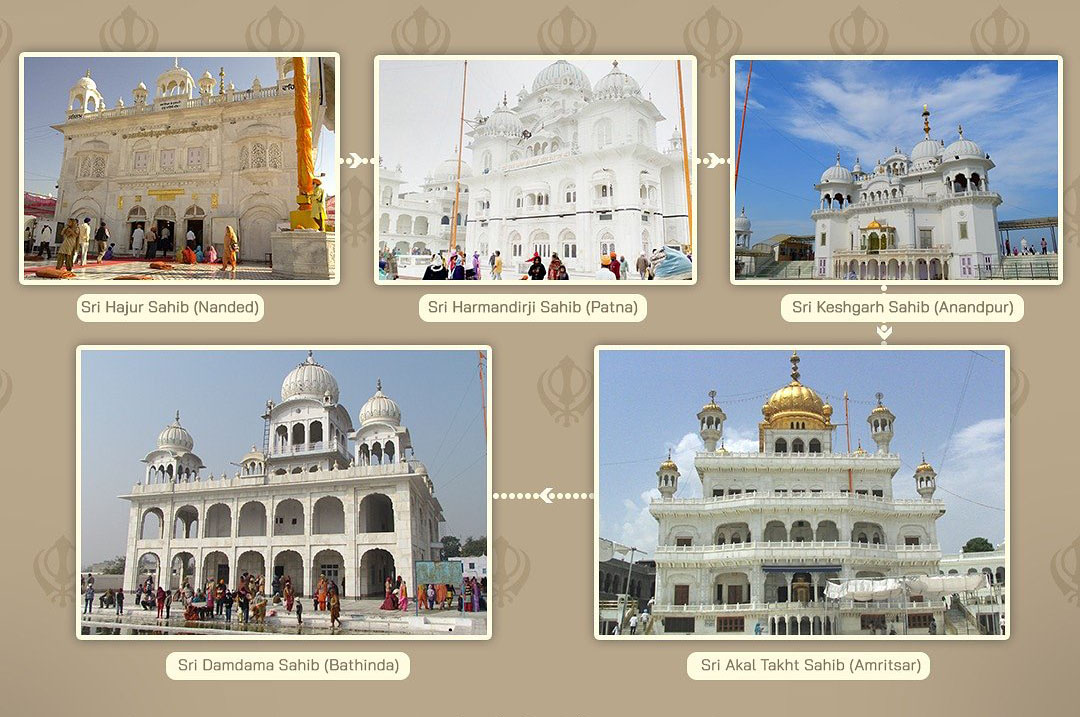 “To other countries, I may be the tourist; but in India, I am a pilgrim” – It has been rightly said when it comes to travel in India; specially a pilgrimage tour. India is a place of sacred places. In every few kilometres, India has a shrine of any religion, which attracts hordes of tourists from every nook and corner of the world. Every religion has its own significance and one of them is the Sikh pilgrimage tours, which have faith, history, significance, and an attraction for tourists. Out of many religions places, the most popular is paying homage at Panj Takhts of Sikhism (the five holy shrines of Sikhism). There are five Gurudwaras, which hold a religious importance from Sikh religion point of view that one should visit them once in a lifetime. They are – 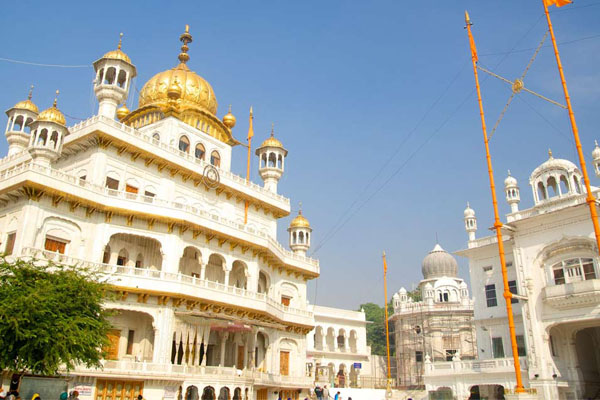 The most famous and most visited Sikhism shrine is Akal Takht Sahib, built by sixth Guru of Sikhs, Guru Hargobind Singh ji in the Golden Temple Complex. The Takht is known as the highest political institution of Sikhism, where all the decisions or concerns related to the religion are taken. One who visits Amritsar, goes to Golden Temple must visit Akal Takht Sahib. 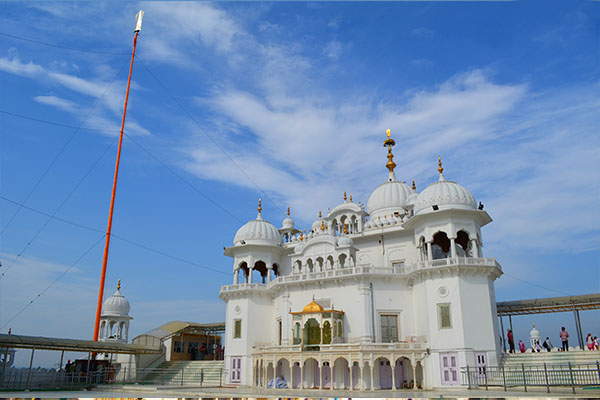 Anandpur Sahib is the sacred town, which received thousands of pilgrims (mainly Sikhs) every year, located about 100km from Chandigarh. This is the place where the tenth Guru, Guru Gobind Singh ji spent almost 25 years of his life and where Khalsa Panth was born. Besides the aroma of spirituality here, Anadpur Sahib is surrounded by Satluj River and Shivalik Hills, where nature complements spiritualty. 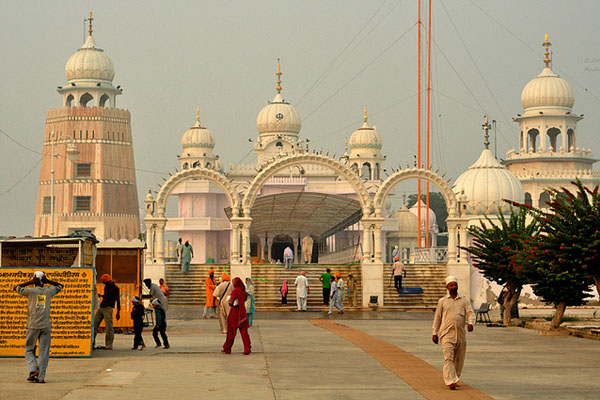 The third Takht is in Bhatinda, Sri Damdama Sahib, where as per the history, Guru Gobind Singh ji, assembled and prepared the full version of the Holy book of Sikhism and the present Guru (Guru Granth Sahib ji). Situation 30 km from the main city Bhatinda, it is well connected to cities of Punjab. 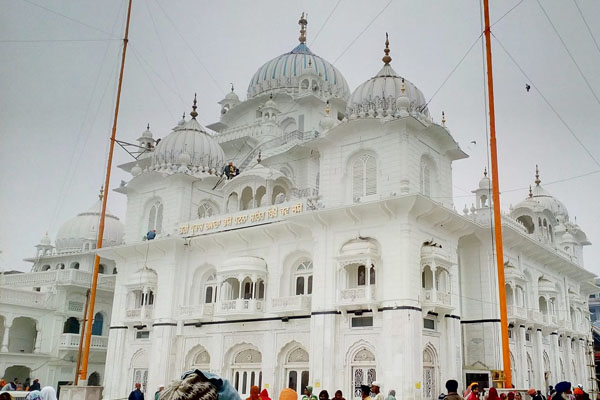 This is the birthplace of Guru Gobind Singh ji and the Gurudwara was built by Maharaja Ranjit Singh to commemorate Guruji. Also known as Harmandir Sahib, this is one of the popular shrines of Sikhism located on the banks of Ganga River and it is the epicenter of Sikhism in Eastern India. 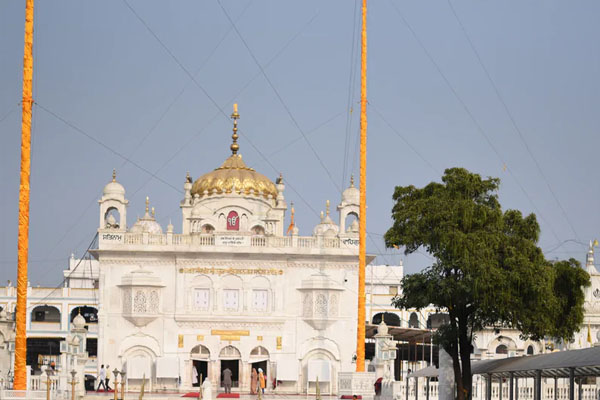 One of the important Takhts of Sikhism is Hazur Sahib in Nanded, where Guru Gobind Singh ji took his last breathe in 1708. The Gurudwara has a placed called Angitha Sahib where Guruji was cremated. An architecture beauty, today Hazur Sahib stands as a soul of the city. Many belongings of Guru Gobind Singh ji like swords, guns, dagger, arrows, bows are well preserved here.

These are five important pilgrimage destinations of Sikhism, which are not only visited by Sikhs but from tourists all over the world. All the takhts are well connected all modes of transport and accommodation options are galore too and there are many places to see around them. To have more details on itineraries on PANJ TAKHTS, contact GTK TRAVELS.

Look deep into nature, and then you will understan

Have you experienced the coracle ride at the drama

Kailasha Temple - Cave no. 16 of Ellora caves in I

The one to vanquish ego and behold as the sole doe

As we celebrate Labor Day, we honour the men and w

In the wake of the rising cases of coronavirus, th

Countries Who have Banned Indian Passengers Ever s

Sri Lanka is all set to get its first-ever floatin

The Government of Canada has suspended flights fro

As cases of COVID-19 rise in India, states have be

Nestled amidst the extensive Western Ghats, the hi

The Himachal Pradesh government said on Sunday it

Israel will be reopening to tourists this summer.

To control the spread of COVID-19, it has been dec

Steeped in history, the blue city of Jodhpur has p